Something Rotten in Wisconsin

Women who question gender identity ideology are being targeted by misogynists hiding behind the label “feminist.” Every day now I hear about women being harassed by transactivists. This is not happening to men who question gender ideology, the destructive behavior on the part of transactivists is solely directed at women. Women are being hounded at their jobs and singled out and demonized in public for the crime of having a different opinion about the gender hierarchy and it’s effect on women.

I have posted the interview that Thistle Petersen did with Julie Bindel and Meghan Murphy followed by the TRA (trans rights activist) screed. You can judge for yourself who is on the side of women and who is cashing in on the current sadomasochistic gender fad for their own aggrandizement. 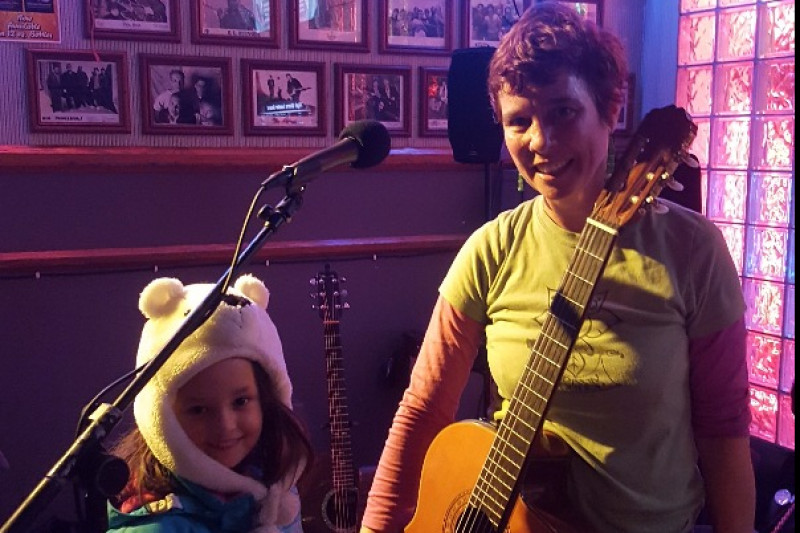 Thistle Pettersen is being defamed and attacked again by locals in her community because she dared to interview Julie Bindel and Meghan Murphy, two well-known feminists, on the public Access Hour of her community’s radio station, WORT 89.9 FM in Madison.

Please listen to the show with Bindel and Murphy in its entirety linked to this post, then read the article in the local LGBTQ publication about it and write a letter to the editor.

Your letter should be rational and civil, avoiding inflammatory language and anything that could be interpreted as hostile.

You can use this template if you wish:

Dear Editor of Our Lives Magazine,

I just read your article called “TERF Wars” and wanted to express a countering view of “the debate” about whether women should give up our rights and protections to please a very small sector of males who believe or feel they are female.

It is a misunderstanding to accuse Bindel & Murphy of declaring all men who identify as trans as sexual predators. In fact, men who transgender exhibit the same rates of male-pattern violence as males who do not transgender. Not all men are violent, but most violent crime is perpetrated by men. For this reason, non-males, such as women and children, need legal protections to guard them from male pattern violence.

Women have the right to discuss the terms of gender oppression they are forced to live under on a daily basis, not based on a feeling or a choice, but simply because they are women.

Sex-based oppression of females is not going to go away by telling women to shut-up and not express their concerns and opinions.

We need a free press in our society in order to tease out the nuances and subtleties of the mechanics of oppression.

Thank you for receiving my letter.

Use this online form to send your letter and thank you for participating to help Thistle out and to force mainstream press to open up its doors to the speech and concerns of lesbians and women who ask questions. https://ourlivesmadison.com/contact-us/

Since the form online “eats” your letter — I wonder if we should ask writers to copy and paste their letters before sending them so that everyone can see them? I doubt OL will publish any of the really good ones, ya know?

The link to the online response form:

The time is meant to be an open forum to make the airwaves accessible to as wide a range of people and views as possible. That’s a laudable goal. That particular evening’s subject matter, however, has prompted heated accusations that the commitment to free speech ended up giving a platform to hate speech. It was also a painful reminder of the continued presence of an anti-transgender vein of thought running through even liberal Madison’s queer community.

The host, Thistle Pettersen, used her time to broadcast interviews with noted anti-trans activists Julie Bindel and Meghan Murphy. Both women are prominent figures among the so-called “radical feminist” movement, specifically a segment that focuses much of its energy and ire on sex work, pornography, and transgender people.

Both Bindel and Murphy have made careers of accusing transgender women of actually being predatory men, and arguing that all men are dangerous. They also don’t believe that non-binary and bisexual people exist, and accuse those who argue otherwise of playing into “patriarchal” views of the world.

Pettersen has made past appearances on the Access Hour, and similarly used her time to broadcast anti-transgender rhetoric and misinformation. WORT staff warned her not to do so again, and her application for the March spot indicated that she would focus her time on covering feminist music and a recent radical feminist conference. She did neither.

Instead, the interviews and discussion centered largely around removing agency from sex workers (Bindel), and claiming that transgender women are “men who are simply more comfortable with feminine stereotypes” (Murphy), among other things. Murphy would go on to dismiss the harms of misgendering people, claiming that she, a cis woman, would just find it “funny” and that “it’s impossible to misgender someone.”

Though people like Bindel, Murphy, and Pettersen claim to be “radical feminists” trying to dismantle patriarchy and make the world safe and equitable for women, their work and rhetoric relies on biological binaries and misunderstandings of gender identity vs. gender expression vs. sexual orientation, ultimately reinforcing the systems they purport to oppose.

Those who recognize the true nature of this line of thinking refer to them as TERFs, or Trans-Exlusionary Radical Feminists.

The issue has also reignited a community conversation about the limits of free speech, and what the purpose of the Access Hour is and should be. A WORT board meeting just days after the broadcast included comments and concerns from both the public and station volunteers about the content of the show, and generated ongoing discussion about providing clearer editorial guidelines and oversight for what goes out over WORT’s airwaves.

The station is no stranger to controversial Access Hours. Republican state politician Glenn Grothman recently applied to host a show during the open hour, though he proposed only to play classic rock, which is exactly what he did. In 1977, protests erupted when a WORT program host attempted to interview Michael Wilson, then the state co-chair of the National Socialist Party, U.S.A. (the Nazi party).

The thinking goes that the Access Hour is not actually a WORT broadcast, but a free and open forum to make the airwaves accessible to as many community voices as possible, regardless of whether the opinions expressed align with the majority of regular WORT staff, volunteers, or listeners. The question before the board and the station’s members at the moment, then, is how to determine when that content becomes hate speech, if such speech should be allowed on the air, and how to enable staff to make decisions regarding what applications get approved and if any should ever be rejected.

The station’s mission says, “WORT shall be committed to radio programming with a human perspective—respecting all peoples and their environments.” Does programming that dehumanizes and spreads misinformation about a marginalized group adhere to that mission statement? Does intentional misgendering fall under state statutes that prohibit defamation?

For more background, Bindel is perhaps one of the most notorious “radical feminists” in the world, and has been banned from speaking on several campuses and elsewhere for her consistently transphobic, biphobic, and anti-sex worker views. On transgender women, Bindel doesn’t even view them as women, once saying, “I don’t have a problem with men disposing of their genitals, but it does not make them women, in the same way that shoving a bit of vacuum hose down your 501s does not make you a man.”

Murphy is the founder of and frequent author for the TERF publication “Feminist Current,” where she espouses a version of default womanhood that is largely white and cisgender. During her interview on the Access Hour, she accused transgender people of forcing others to “accept this desire or delusion.”

Pettersen has a storied history of lashing out at the transgender community in Madison, including on previous Access Hour stints. She was disinvited from a reoccuring gig at the Crystal Corner Bar after the owners were made aware of her actions. She is the founder of Women’s Liberation Radio News, which has ties to a TERF organization called the Women’s Liberation Front (WoLF).

WoLF claims to be a radical feminist group focused on lobbying for pro-choice legistlation and women’s autonomy, though there’s little evidence of efforts on either front. Instead, the group is almost exclusively focused on fighting against transgender rights, going so far as to partner with a far-right, anti-LGBTQ hate group called Family Policy Alliance in a countersuit to Gavin Grimm’s now-stalled Title IX suit to allow fair access to bathroom facilities in schools.

WoLF also accepted a $15,000 grant from religious right group Alliance Defending Freedom, a huge evangelical Christian non-profit law firm which “seeks to recover the robust Christendomic theology of the 3rd, 4th, and 5th centuries.” The organization was founded by James Dobson, also founder of the wildly anti-LGBTQ Focus on the Family, and Alan Sears, author of The Homosexual Agenda: Exposing The Principal Threat To Religious Freedom Today.

It’s an unholy alliance that doesn’t end there. Religious rights organizations and rightwing politicians have begun cribbing language from TERF outfits like WoLF, all with an eye toward banishing transgender people from public life.

If you’re curious to learn more, you can read what TERFs themselves claim their aims and goals are at TheTerfs.com, a watchdog site that monitors the anti-trans hate movement representing itself to be radical feminism.

Meanwhile, Madison and WORT continue to grapple with the presence of anti-transgender activists even within its own LGBTQ community. When does free speech become hate speech? And does a community radio station owe its platform to that speech?

It will be up to the community to decide.

To host a show on WORT’s Access Hour, fill out the online application at wortfm.org/access-hour-application.